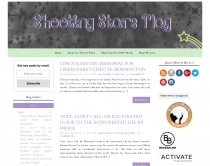 Due to U.S. Family Guide and Blooms & Berries Farm Market, I was given free tickets to go and check out the Butterfly Fest in Loveland, Ohio with my mom, two nieces, and nephew. We stayed for a couple hours in the late morning/early afternoon and had a blast seeing animals, playing, and even getting a tractor ride!

When we arrived, there were already a lot of people at the event, but it never got too crowded, which is always nice when you have young children who want to do everything. You could have bought tickets to let kids individually release a butterfly, and I was going to do this, but the time I wanted was already sold out when I went to check. We knew we wouldn’t be there until late in the afternoon – in case it got really hot – so we just skipped that particular activity.

Believe me, there was still plenty to do. There were some wooden horses the kids could throw hula hoops around and the older niece and nephew enjoyed doing this for a little bit. The little one just watched!

While my oldest niece did enjoy the slide, my nephew actually went over and over. My mom watched him do this for awhile, and I took both girls over to the swings that were so cute! I wish I got a photo of them but they are made to look like either a horse or a tractor. By the time my nephew came over, they were all enjoying these!

There were lots of little animals around the farm, which are always fun to look at. First up were some chickens and then we saw two really big bunnies that looked so soft! If only we could pet them…

There was a more open area on the farm – with the animals still behind a fence – where the kids could pet the animals a bit and even feed them some grass. They all seemed to enjoy the goats!

While my nephew soon wandered off to play in the sandbox – such a fun addition  – the two girls kept checking out all of the animals and “feeding” the goats a bit more.

After all the kids were done looking at the animals and playing in the sandbox, they checked out the Tug O’ War where two games could go on at once.

Like I said before, there were definitely all sorts of fun little “activities” for the kids to do so it kept them busy and happy to move around the farm.

However, the food left a little to be desired. There was a stand that made OJ and different types of lemonade and then two other food trucks – one with pulled pork, pulled chicken, mac and cheese, etc. and another with different types of grilled cheese. Besides the latter, it wasn’t terribly kid-friendly, so that would really be my one complaint about the Butterfly Fest as a whole.

I don’t really know how to describe these, but you can see an example in the photo above, but there were a few areas in the beginning of the farm where you could play music. This little ladybug (above photo), you would hit various sections with the mallet depending on what note you wanted. The kids definitely kept going back to these!

After we ate, my nephew really wanted to do the tractor ride so we all did that. I was really excited to realize that it was free – you never know! – and while it wasn’t long, I think it was long enough for young kids. We were taken out a bit into the fields and then all the kids had a cup of seeds to throw out. At the end of the ride, they were given a card that would allow them $2 off a ticket to come back in the fall and see the flowers that were growing from their seeds. Cute, right? My oldest niece on the ride asked, “How will we know which one is ours?” which I thought was too funny! We just told her we’d know the area they were planted, if not the exact flowers!

I do think it was a lot of fun. Thankfully it wasn’t too hot, because that could have been difficult! Besides the food situation, I didn’t have any complaints and I loved all the little “activities” and things for the kids to check out. It certainly kept them busy and willing to be there. I don’t have photos, but they all did get face paintings at the end of our day. These did cost money, as it was an outside artist brought in for the event, but she did a wonderful job on them!

Since we didn’t release any butterflies, we didn’t really see a lot of them. However, they were something you could see if you just paid attention to the flowers. Thankfully, the kids all saw some – since it was the Butterfly Fest. I really liked the butterfly facts you could find throughout the farm too, so I had to snap a couple photos of those!

We all had a really good time at the Butterfly Fest and I’d definitely go back to Blooms & Berries for future events. My nieces and nephews are all between the ages of 2 and 7, and all three of them had fun!

Thank you again to Blooms & Berries and U.S. Family Guide for the tickets, but of course, all opinions are always my own!

Leave a Comment
submit a review Join our blog team

Proud Member of The US Family Guide Network